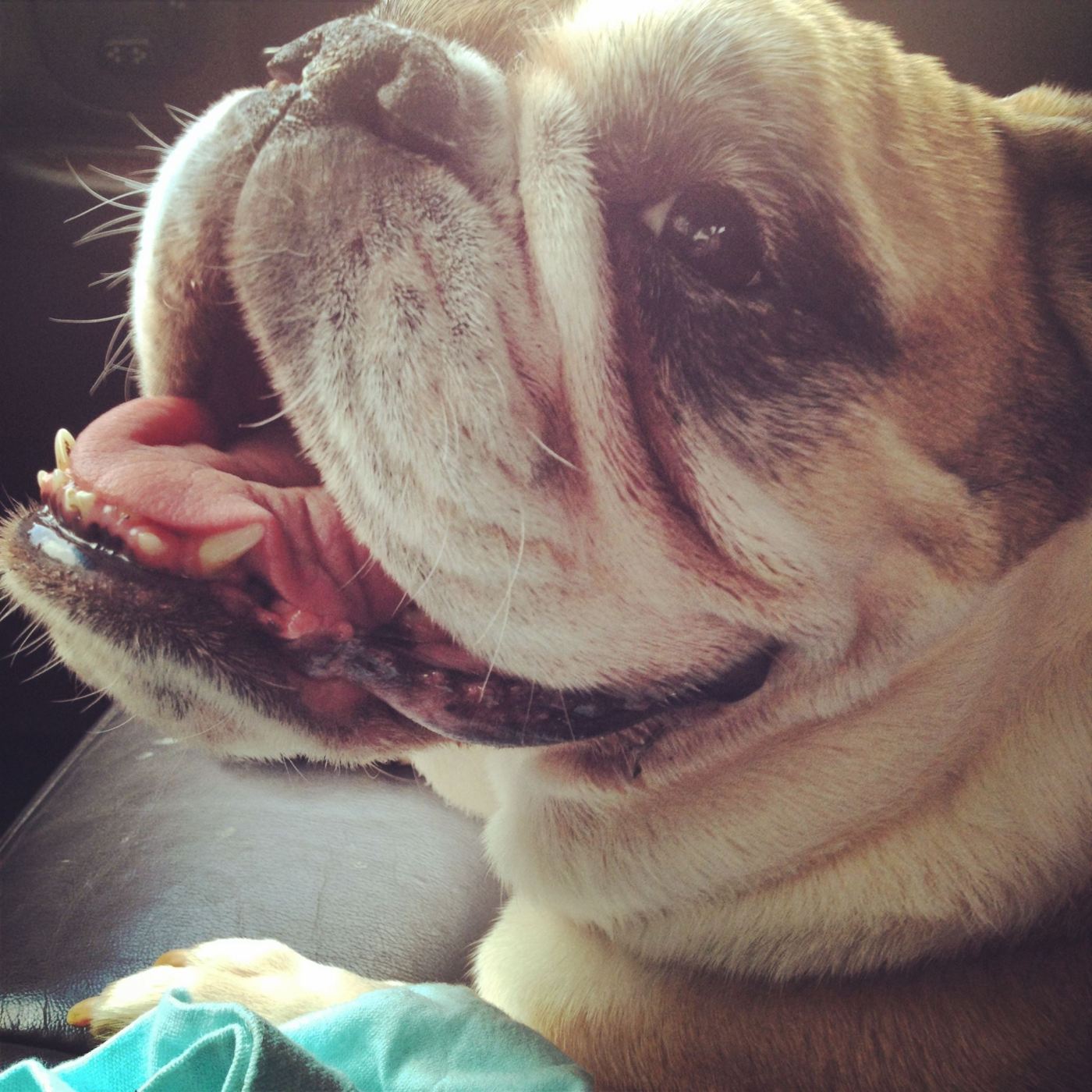 On July 15, 2019, I lost Zola, my English bulldog. She lived for eleven years and five months, with only the first two or three months of that where she wasn’t in my life. She was literally my best friend, from the moment I took her little wiggly ass home with me. She comforted me while I suffered through my abusive marriage and followed me when I left it. She greeted me with the same enthusiasm every day, even after I left her with my parents until I could get settled. Then, she became their dog after she had adjusted to the life of a pair of retirees*, but Zola’s love for me never waned. When she died, a little piece of my soul went with her.

My mom also had an incredibly close relationship with Zola. She was on the floor with me at the vet’s office where she was put to sleep, and I could tell she was in as much pain as I was, watching life leave that glorious dog. And while I live with my sister and her two dogs, Cupcake and Nelson, she went for an entire year and then some before existence without a dog in her life was too much to bear. Then she saw this face on her computer screen:

That little shit is Pearl.

I’m still a little annoyed my parents didn’t end up going with the name Iris, the original one they had chosen that I loved, but I guess that means that I can use it in the future.

But anyway, she’s adorable and floppy and has puppy breath and scares Nelson (which is hilarious, considering his constant terrorism of Ramses and Mushroom) and is already showing incredible intelligence, emotional and otherwise, which is impressive as she’s only 10 weeks old.

As you might imagine, I’m a little jealous that my parents have this doggone cute puppy in their house, but that envy quickly switches to relief when my mom complains that she had to clean up puppy pee again. Twice. After she’d already peed three times in the backyard. I know how good Pearl has been for my mom, though; her mood has been elevated ever since she came home from Nashville Humane Association with her.

There will never be another Zola Bean, but I’d like to think that she’d like Pearl. If nothing else, they would just compete with who could love my mom the most.

* My mom isn’t fully retired, mainly because the woman doesn’t understand a life in which she isn’t working.