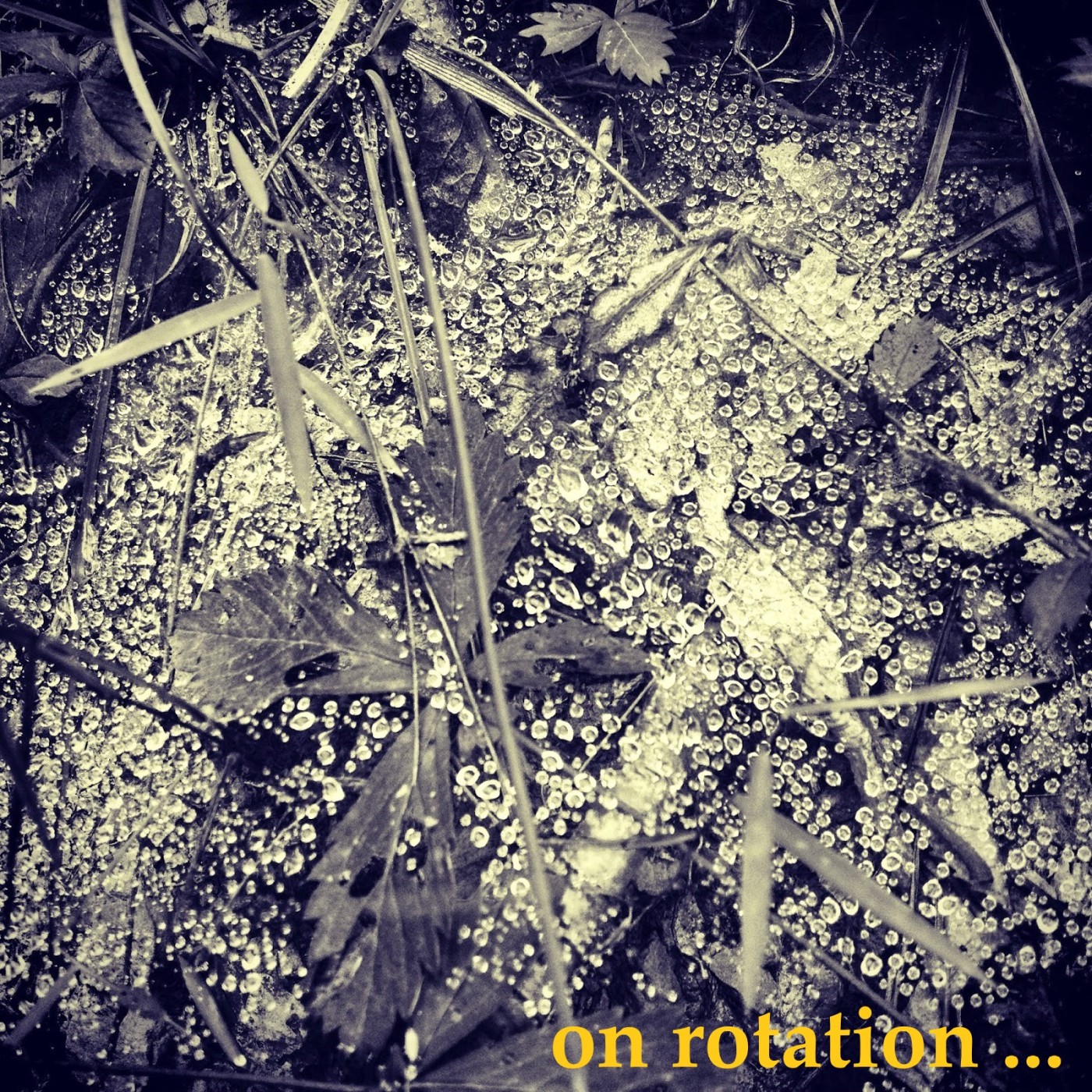 NOTE: I am currently working on the next “on rotation …” which is going to feature some amazing black country artists. I just want to make sure that I do the post justice, because dammit, I don’t wanna just cram like I used to do back when I had a big test in college … which is to say, I don’t want to half-ass this. So I’m going with what was already scheduled to be posted today:

I’m going to do something a wee bit different with this one because, you know what, I can; it’ll be July 4th in three days, so I’m gonna flex my freedom muscles and do what I want. Today is gonna be about the albums I couldn’t stop listening to during high school. I can honestly say that I am in no way ashamed of any of these, and you might actually see some repeat artists from some of my previous posts. That just shows you how much I love them.

Haunted by Poe was my shit. For literally like two years straight. It even got me to read Mark Danielewski’s House of Leaves (she’s his sister, and there are a lot of crisscrossing references between her album and his book), which was a very surreal experience. The entire album is absolutely engrossing, emotional and raw, so it’s hard to pick just one song; it’s more of a concept album, really, so a lot of the songs melt into each other. I considered using “Control,” which I’ve referenced before when I reached my 9th anniversary of meeting my now ex-husband, but I figured I should probably pick another song just in case I repeated myself too much. So I went with “Five-and-a-Half-Minute Hallway,” which … god, it’s so sad and hopeful and … so much all at the same time. Just go listen to the damn album.

I don’t care what anyone says: this self-titled first album is incredible. I’ve never suffered from a drug addiction – unless you count nicotine, of course – but the every song gives you a hint of what it’s like to. You feel the highs, the lows, the desperation, the confusion. The best example of this? “The Background.” Stephan Jenkins’ voice is just perfect for the heavily distorted guitar riff, and even though this song could easily be about a relationship that has ended, I know enough about his struggle with meth addiction that, at least to him, this song is describing the coming down from a high and not really knowing how to handle that, just dreaming and thinking about the time that he was high, happy.

I didn’t get into Ani DiFranco until my junior year of high school, thanks to my good friend and fellow journalism student Kristen, and although Not a Pretty Girl was my first foray into the artist, when Revelling/Reckoning came out? Dude. I was fucking hooked. I had just started delving into feminist philosophy (thanks, 10 Things I Hate About You), and Ani’s completely unapologetic way of speaking and creating spoke to me in ways that other artists have yet to do. She is just goddamn brilliant. Like literally every single album on here, I could seriously just grab a song name from this album out of a hat and say, “Yep, this is the one,” but “O.K.” is a bit peppier than the last two songs, so I’m gonna go with it, “o-o–kay-a-ay-a-ay?”

Oh, Tower Records, how I miss thee. I found so many amazing bands through that store than I ever could have hoped for in my high school years. Sure, they were way more expensive because they were imported, but I didn’t care. I spent my hard-earned Sam Goody/Suncoast money because I couldn’t get the music I craved from that cursed company (Okay, I loved working there, but I was a Suncoast girl and rarely went over to the music side because I knew way more about movies and TV than I did music). But Tower is how I was introduced to Pizzicato Five, which sadly disbanded in the early 2000s. Their music is just so damn chipper, but not in a saccharine that makes you want to brush your teeth; you just walk out with a big smile on your face. Their music is a little hard to find (there’s only one album on Spotify, for example), but I was so incredibly happy to find “Groovy Is My Name” from Bossa Nova 2001 on YouTube. It’s just so much bouncy fun!

So yeah, Joni Mitchell’s Blue wasn’t exactly a new album in the early 2000s, but I didn’t discover it until 2001. It was a weird switch for me to realize that music made in prior to my birth was actually pretty decent, if not incredible, and I remember sitting on my bed during the summer before my senior year and taking in Joni’s unedited, clear voice and the simple strumming of her guitar – it didn’t take much to make a dynamic piece of art. “Little Green” is probably my favorite example of this, and honestly, I still want to name a pet of mine Little Green.

Garbage has been and always will be one of my favorite bands, if I haven’t already said something like that before (I know I have). I squealed with delight when I found out they came out with a new album back in 2016, and I absolutely loved 2012’s Not Your Kind of People. And that love came from this album, Version 2.0. A big part of that comes from Shirley Manson, who just oozes cool and confidence, and her voice is just amazing, and I’m pretty sure she was my first female crush. “I Think I’m Paranoid” is the first song that grabbed me, and coincidentally the first video I ever saw of theirs, but once I listened to the rest of the songs, I couldn’t choose between them now.

I absolutely adore this weird, weird band. Cibo Matto never intended to be radio friendly, which is kind of what I expect from a group of people that work artistically with the younger son of John Lennon, and there was just something about putting this into my car’s CD player and blasting it as loud as I possibly could as I drove into my school’s parking lot. Specifically “Birthday Cake,” which was a very bizarre rant about a mom making a birthday cake for her son with moldy milk and how crappy life in the 60s was. I … I can’t explain it better than that, I’m sorry.

William Shakespeare’s Romeo + Juliet came out in 1997, but that literally doesn’t matter to me. I fell in love with the soundtrack and listened to it all the way through high school and beyond, even into my now mid-30s. I once read an article on AV Club about how this soundtrack was the harbinger for the death of 90s music, but to that I say pshhhhh, fuck off. This album is amazing, then, now, and forever. And it’s so hard to skip anything on this, even the Butthole Surfers, which I’ve found to be an actually really decent band, their awful name notwithstanding. Note: I also count the actual score to the movie as part of this because I listen the hell outta that, too.

The strongest memory I have of Dandy Warhols is when I was driving my 1995 Buick Century named Gladys to work at my aforementioned job at Sam Goody/Suncoast, and “Get Off” came on just as I had to stop at a red light. I didn’t realize I was jamming out, and when I turned my head, these two guys probably a few years older than me, were doing the same thing. At first, I thought they were making fun of me – my high school persona was that of Kat from 10 Things I Hate About You, even before that movie came out – but then the guy in the passenger seat leaned out and said, “That’s a great fucking song!!!” I gave them an uncharacteristically cheesy grin, mostly out of surprise, and then drove off. Later on that evening, those same two guys came into the store and were delighted that they found the Dandy Warhols Girl.

Last summer, I had the glorious pleasure to see Guster live at Live on the Green in Nashville, and I instantly felt transported back to those carefree afternoons where all I had to worry about was whether or not I was going to be able to memorize Thanatopsis for Mrs. Carroll’s class (spoiler alert: I did, but I cannot recall the poem at all now; also, RIP, Mrs. Carroll, you were my absolute favorite teacher of all time). Although the entire album is a must-listen, “Barrel of a Gun” holds a special place in my heart because of one particular incident in art class my senior year. Mrs. C let us pick the music to listen to while we worked on our projects, and one guy, I think his name was Robert, picked this album, and when this song came on, Mrs. C was like, “Okay, I like you young kids’ music, I suppose,” and she was nodding along until it got to “goddamn you, movie star.” Her eyes got really wide, as well as Robert’s, and she said quietly, “Let’s just pretend I didn’t hear that.”